skip to main | skip to sidebar

Posted by Musa.M at 3:53 AM 0 comments Links to this post

A grandmother and her grandchild in traditional Bisaya attire.
Buffalo racing and the Pesta Babulang could become an annual feature in Sarawak's tourism itinerary.
A major Bisaya festival - the "Pesta Babulang" - took place at Kampung Batu Danau in Limbang early this month, the first time it has been held in 30 years. The fest was officially opened by the Sarawak Tourism Minister, Datuk Seri Abg Hj Abdul Rahman Zohari bin Abg Hj Openg.
In his address, Abg Hj Abdul Rahman Zohari expressed his pleasure in seeing the Bisayas still holding on to - and practising - their cultural traditions.
A series of buffalo races, the most popular sport amongst the Bisayas, was also held that day to add more colour to the gala. In fact, Abg Hj Abdul Rahman Zohari gave his full support to the idea of turning the race into an annual event, and making "Pesta Babulang" into an item in Sarawak's tourism calendar. Also present at the fiesta that day were the Limbang MP, Richard Wong Shoon Fook, as well as state government officials.

Posted by Musa.M at 3:43 AM 1 comments Links to this post

A Bisaya man wearing a traditional headgear, atop a buffalo Buffaloes play a prominent role in Bisaya marriages.
Buffaloes are the most important domesticated animal in the lives of the Bisayas, who mostly live in Limbang, Sarawak. Apart from being kept as pets, the animals also represent a hard-working friend to their masters.
From olden times they have been used to plough rice fields.
It is very useful for a Bisaya family to own a buffalo because apart from providing help during work in the fields, a buffalo can also be ridden, just as horses are ridden in the West. Additionally, a buffalo is also used as a beast of burden to pull heavy objects like boats or sleds, in which necessities like sacks of rice, firewood or even children can be placed.
This is especially beneficial, as the journey from the homes of the Bisayas to the rice fields is often a long one, through dense forests; a buffalo-and-sled is the best mode of transportation for them.
For the Bisayas, the more buffaloes a person has, the higher his standing in his community. Bisaya families are known to own as many as 100 buffaloes each.
If we were to consider the usual selling price for a buffalo to be RM3,000, and 100 buffaloes were sold at this price, a cheap car could easily be purchased from the amount of money obtained.
However, for the Bisayas who live around forests, a car is not a commodity that fits into their lives; ranking a Bisaya's economic social status solely from the car/cars he owns does not apply.
The 'Bebulang' fest is a big feast that incorporates buffaloes as well; many are slaughtered to be made into food for the villagers. During the fest, other traditional cakes are also eaten, while classical music like the 'begandang' are played and traditional 'beranding' songs sung. The entire cost of organising the event would be paid for by a person of high social status, and for this he is greatly esteemed by the entire community including those from other villages.
Even in this modern era, it shouldn't be a surprise to see Bisaya youths buying buffaloes out of their own wages. Indeed buying buffaloes is a wise step for them, as to marry a Bisaya girl, buffaloes play a prominent role. They would be slaughtered to feed all those relatives and friends who come to attend the wedding.
Buffaloes would also form as part of the marriage dowry; an uncle or aunt of the prospective bride will request for a live buffalo from the boy's family as a precondition to marriage.
In the newer edition of the Bisaya tradition, buffaloes are raced during popular festivals as an attraction for visitors.

Posted by Musa.M at 3:37 AM 0 comments Links to this post 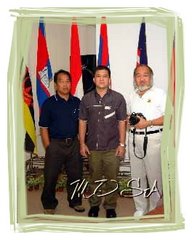 I'm more interested toward pictorial subject. This picture was taken during my outing at Wasai Wong Kadir in Labi. More than 20 photographers from GemilangFoto club of Persatuan Gemilang Daerah Tutong turn up. The outing activities is part of monthly programmed of GemilangFoto club.

The best achievement at the year 2005,My friend Hamid HAR & me were having top 100 from 8 thousand participant over the world at the 50 years SriLanka Photographic exhibition in 2005. 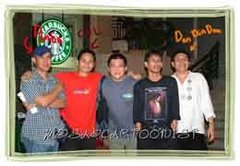 Thanks for my referrer

This section is for my outing pictures collection. 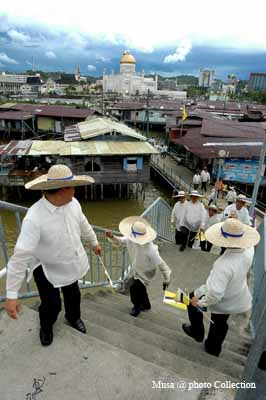 Brunei Trenches...Fishing is my favourite sport. Below is my achievement as photographer in a past year. Sweet moment when my picture won in category A in Brunei Tourism competition organised by Ministry of Youth and Sport. One of it is my first camera for me to captured picture during school time.......